Five Tips on How to Run Your Volunteering Campaign

To launch Benefacto in Manchester last year, we ran a campaign called the Volunteer Buzz with four pioneering companies in the city. We learned a lot along the way about what works well (and what doesn’t) when promoting a new volunteering programme.

Now that we’ve had time to mull it over, we wanted to share our top five pieces of advice to help you run a campaign that gets people interested and involved in volunteering.

To read more about the campaign, check out the Little Book of Volunteer Buzz below.

Professionals are bombarded with so many emails that it’s easy for your message to get lost in the barrage. While it may seem like the easiest option, don’t solely rely on email to get the word out.

We found a combination of posters, volunteering walls (see p.6 of The Little Book of Volunteer Buzz below) and setting up stalls with sweeties and flyers made our comms stand out and grab people’s attention.

Where you position these is key. Try to find places where people usually spend time such as canteens, kitchens and the water cooler. One of our members even put up Benefacto posters on the inside of toilet cubicles – perfect!

The human eye has evolved to overlook familiar objects in its surroundings – even the most eye-catching posters are no exception. Regularly change your comms to make sure they stay fresh and people keep noticing them.

We gave members a series of four posters for the Volunteer Buzz, each with the same theme and a similar message. After two weeks, the posters were switched to the next version in the series to keep them from going stale. By making a series of similar posters, we could put up new ones every few weeks without the time-cost of creating brand new concepts and designs.

Another method we used to keep our posters fresh was to create honour rolls, where employees could add their name once they had volunteered. In theory, this is a great way to have a poster which organically evolves over time.

Full disclosure: volunteers often forgot to add their name to the posters, leading them to quickly become outdated. We recommend only doing this if you can put in the time to chase volunteers.

Volunteers are the most powerful way to spread your campaign message – it’s inspiring to hear colleagues’ stories. Capture their imagination by giving them creative ways to showcase your volunteering opportunities.

Photos are a simple, effective way of doing this. But a wave of shyness often hits people when asked to take photos of themselves volunteering. We found this shyness to disappear when volunteers are asked to send in photos to help their charity.

We ran a photo competition where each Benefacto volunteer was given a pair of stripy bee socks to wear out. If volunteers posted a photo on Twitter of them and their socks (@benefacto, #VolunteerBuzz), their charity was entered into a competition to win £100.

The charities got on-board with the idea and we were soon also receiving requests from them for stripy socks. The photo competition captured Benefacto and regular volunteers’ imagination and soon people were sending in funny, creative and heart-warming photos which represented the essence of what volunteering is all about.

Each photo was added to our honour roll page which you can check out here – the results are genuinely lovely.

4. Set Targets and Use Healthy Competition

Setting targets for your campaign gives people a finishing line to run towards while adding a touch of friendly competition will encourage more people to get engaged. Having a target to hit also allows you to celebrate everyone’s hard work once you get there.

The Volunteer Buzz was an inter-company campaign where each Benefacto member set themselves a target of volunteers to send out over a ten-week period. Companies compared and competed with how many volunteers other organisations were sending out via the honour roll.

Having this transparency encouraged healthy competition and ended up getting more people involved in volunteering. We also found each company’s target to be a useful tool to spur people on, especially when they were getting close to hitting it (“Only X more volunteers to go!”).

If you are running a volunteering campaign at a single company, creating a competition between departments can work well to drive up engagement.

Find a way to say thanks to everyone who got involved. It leaves an upbeat feeling about the campaign and increases the likelihood of volunteers returning to help out again.

Our way of saying thank you was to give out Volunteer Buzz badges to all participants. In all honesty, we are unsure how effective this was. The badges, while beautiful, were relatively expensive to produce and because we didn’t ask for feedback on them, it was difficult to gauge the impact they had.

We recommend finding a heart-felt but measurable way of saying thank you, to make sure your campaign is only the start of a long-lasting volunteering programme.

The Little Book of Volunteer Buzz

Ultimately, the campaign encouraged 112 professionals to help local charities in Manchester. You can read more about what Benefacto did to get people volunteering below, in our Little Book of Volunteer Buzz.

We’re looking forward to using the methods that worked again and trying out a few new approaches when launching Benefacto in Leeds this summer. To find out more about Benefacto’s plans in Manchester and Leeds, contact doug@benefacto.org

Want some help from Team Benefacto?

This article is part of Benefacto's KnowledgeHub. For more help and advice on building an incredible employee volunteering programme, use the navigation above or visit the KnowledgeHub Homepage 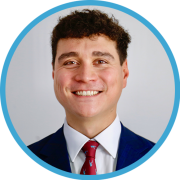 Doug is the Marketing and Digital Manager at Benefacto and the Project Lead for GivX. He explores how Benefacto can support CSR practitioners, takes care of the KnowledgeHub, works on web design and makes sure GivX runs smoothly. Contact doug@benefacto.org if you want to find out more about VolunteerHub, DataHub or GivX.