The Policy | Who will Be Affected? | What Will Businesses Need to do to Become Compliant? | What’s Next? | Recent Developments | Will it work? | Further Reading

Obviously in the light of his departure from Number 10, there has been some question about the future of the policy; however, the Cabinet Office confirmed to Benefacto in early July that the policy was ‘still on the table’.

One of the few major initiatives to fall under Cameron’s vision for the Big Society, the policy would apply to companies over 250 employees and could see 15 million workers entitled to the three volunteering days each year (in addition to annual leave) and an extra 360 million volunteering hours a year being created.

As of March 2016, the latest news from the Cabinet Office is that it is very likely that consultation will begin on the policy during 2017; a process that will be led by the Cabinet Office and the Department for Business, Innovation and Skills.

Two supporting programs that have already come into being and effectively lay the ground-work for the policy are the Local Sustainability Fund and the Skills Exchange.  The LSF is a fund available to charities to help strengthen their capacity for relationships with government. Read more.

The Skills Exchange is a forum run under the CO for charities, businesses and intermediaries such as Benefacto to develop how business and the third sector can better work together.

Who will be affected by the Volunteering Leave?

Any business can support a charity, irrespective of whether the charity is eligible for the LSF or not. The Three Days’ Paid Leave has not yet been legislated, and whether this will happen will be set out by the Government  “in due course.” If it does go ahead, amendments will have to be made to Working Time regulations to give all Public Sector workers and staff of any organisation with over 250 employees the additional leave. Whether employers of private businesses back the pledge is discretionary.

What will businesses need to do to become compliant?

The Government has promised it will announce further proposals in due course. We’ll update this page as the Paid Volunteer Leave pledge develops, but the discussion to date is below:

March 2016: First LSF payments to be awarded to the 250 charities that have won grant aid

January 2016: At the Cabinet Office Skills Exchange Meeting on 27th January, more details were revealed about how the policy would actually take shape. Cabinet Office representatives reported that before any legislation is introduced, the department for Business, Innovation and Skills  will enter into a period of consultation of around 12 months.

November 2015: David Cameron re-stated his pledge to introduce three days of paid volunteering leave for 15 million employees. The plan has been stalled on a number of occasions but is now included in the Prime Ministers list of changes he wants to introduce before he leaves office. He also announced that the department for Business, Innovation and Skills (BIS) would be responsible for delivering this pledge. Mr Cameron argues that the policy will create ‘better, more motivated workforce – and it’s good for our society, too’.

28 October 2015: Deadline for stage 2 applications from VCSEs applying for funding from the LSF

26 July 2015: Closing date for stage 1 applications from VCSEs applying for funding from the LSF

14 July 2015: All Party Parliamentary Group on Civil Society and Volunteering discuss the policy. Nick Hurd MP promises the change to Working Time Government will be set in this government.

25 June 2015: The Local Sustainability Fund (LSF), which will enable 250 voluntary, community and social enterprises (VCSEs) to develop the capability to build relationships with local businesses, is declared open.

25 June 2015: Communities Minister, Rob Wilson, delivers his speech confirming the government’s commitment to establish cross-sector partnerships between businesses and charities. In his speech he said: “We put at the heart of our manifesto a commitment to three days of Paid Volunteering Leave for employees in large organisations. Many companies do this already but we’ll make this a reality for more people – a new entitlement for millions which will unleash a new wave of skills, capability and passion to help others.”

27 May 2015: The Queen delivers her speech, a declaration of the legislation the government intends to introduce to parliament over the next 12 month, but the Paid Volunteering Leave pledge is not mentioned

Across the sector there is an appetite for specifics, with a few of the most salient questions being:

As our survey shows, most CSR professionals are in favour of the policy overall. However, the general feeling is that the devil was in the detail, and that the policy will need to be implemented thoughtfully and carefully to ensure that charities really benefitted from all the extra volunteering hours.

We ran a survey in Spring 16 to measure how business has reacted to the plans. The results make for interesting reading and highlights some of the challenges the policy will face.

One of the big concerns from business is the potential cost of the policy in terms of lost-time. Check out this cost calculator that quantifies the costs (and benefits) of volunteering at your organisation.

If you’re wondering about how to best prepare your organisation for the policy, download our mini White Paper.

On October 28 2015, 400 charities  submitted their second stage applications for the Local Sustainability Fund (LSF), a pot of £20 million committed by the government to help charities forge links with local businesses. This is a significant step in Cameron’s pledge to give all Public Sector workers and employees of large corporates three days’ Paid Volunteering Leave.

The money is to help high-impact voluntary, community and social enterprises (VCSEs) develop the operational methods they would need to support mutually beneficial ongoing relationships with businesses.

In a recent letter from the Office for Civil Society to Benefacto, which addresses the issue,  a cabinet representative wrote how the “Government believes that this planned entitlement will help build stronger communities and a stronger economy by creating a more motivated and productive workforce.”

Want to find out more about Benefacto's awarding-winning volunteering platform? 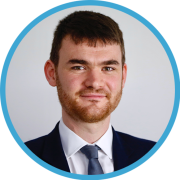 Linz Darlington was inspired to start Benefacto when he worked as a management consultant for Accenture. With three paid days off a year to spend volunteering, he had a tough time choosing a local charity where his skills could make a real impact. These days he spends his life matching talented professionals with amazing charities. Contact Linz via linz@benefacto.org.